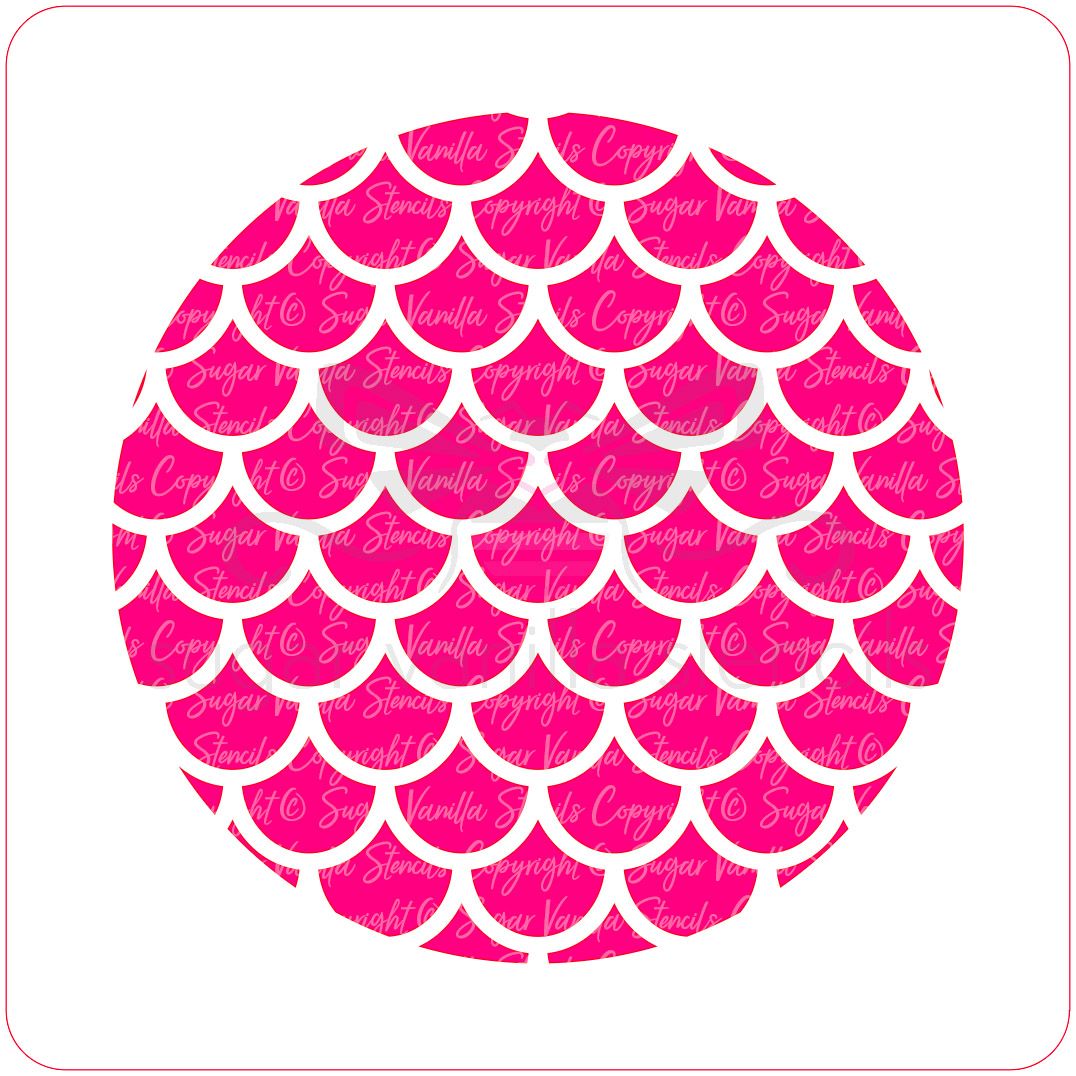 0 in your basket
View Basket Checkout

Compliment your mermaid cupcakes beautifully with our mermaid scales stencil - mix and match your lustre dusts or airbrush colours for iridescent  scales.

This stencil design is 72mm in diameter so when creating domed cupcakes, using a 78mm cutter, there is a small clear area around the base of the topper. This is so that you can easily shape the edge without smudging the design.

What size round cutter do I need for cupcake toppers?

58mm – for small toppers, which would sit on top of a buttercream swirl

78mm – domed cupcake toppers, which you can create using our cupcake dome sponges

Make small and domed toppers in advance to allow them time to air harden so they don’t become soft on top of buttercream. Flat toppers work best applied straight onto a flat top iced cupcake.

Please see Frequently Asked Questions on how to use and care for your stencil.

Recommend this to a friend  +